I thought I'd pop back in and give you guys an extra post just in case I can't get access til Monday!

I thought I'd share something that will need to be split over 3 post.  Don't worry, I'll space them out, maybe once a month.
What I'd like to share is something that I looked forward to every Christmas.
See Rob got a Jack Russel a few years BC (Before Christy, lol, we use that term ALOT!).  Rob and I both come from dog loving families.  I've always had a dog, he's always had a dog.  This little Jack Russel named Macy, was my Mother-in-Law's grandchild, for all intensive purposes!  Rob, and me, once we got married, would leave the house around 6:30am, then work til 4, or 5, then 2 or 3 hours in the gym, and that of course put us home crazy late.  Well Macy as it turns out has separation anxiety, so Momma B would trek up to our house everyday after she got off at 3 and pick Macy up and take her home with her 'til we left the gym.  To say Macy is spoiled is probably the biggest understatement I've every made.  If Momma B cooked steak for dinner, Macy had steak.  If we had burgers, Macy had burgers.  If we had something she couldn't eat though, Momma B would go out of her way to either make something different for her, or to go thru Arby's on the way to pick her up, so she could have roast beef for dinner!
I wish I had a pic of the two of them with me, I'll have to post one later.  It's a great pic.
So anyway, after all that, you kinda start getting the picture that Macy was the highlight of Momma B's day!

Shortly after I came into the picture, I had the great idea that we should gather pictures and make Momma B a calendar of all Macy!  Well one thing lead to another and before you knew it it was a HUGE project.  We did this for 3 years before she passed away, and it was her most looked forward to thing all year!
She would bring this thing to doctors appointments, Vet Visits, Work, everywhere she went.  We, at one point had to order a batch to fill orders!
We got progressively bigger and better each year.  And I thought I might share with you these pictures.
They really bring a smile to my face, just simply for the fact that I know how much joy Momma B got from seeing these pictures.  Knowing I, and we, could do that for her, well, it just means alot.


Sorry, had to blot the tears, back now!

So Without further ado, Heeeeerreeee's Macy!

uhhh, I cant find January, but I assure you it was cute!

She had a party hat, noise makers, even a glass of Champagne! 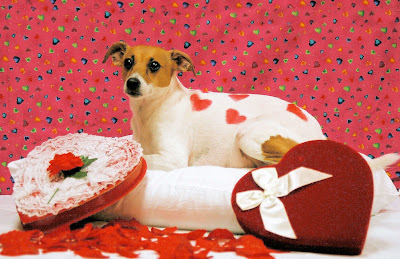 Before I get yelled at, the hearts were sprayed on with non-toxic hair color spray, like you get around Halloween, and we watched her like a hawk to be sure she didn't lick it! 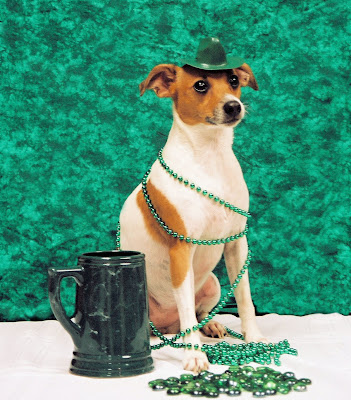 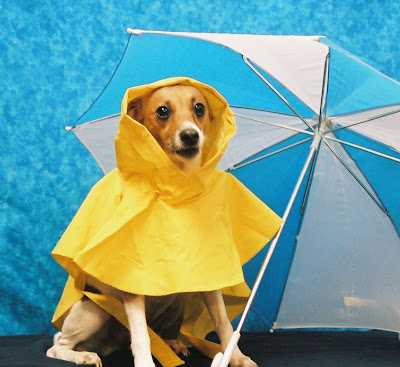 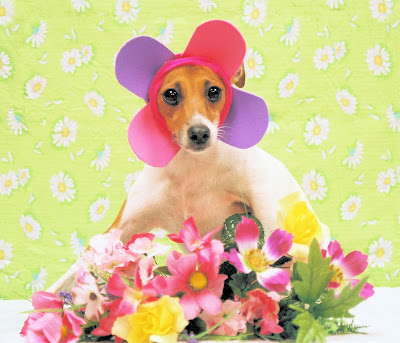 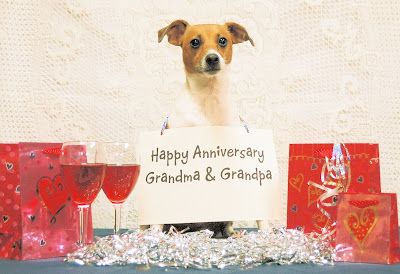 It's Grandmaw and Gandy's Anniversary! 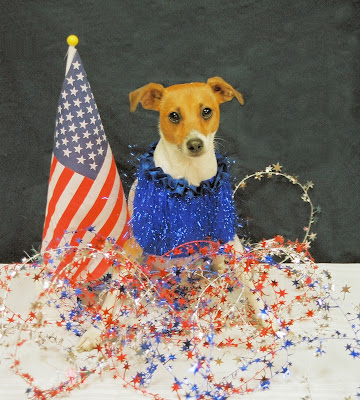 Time to hit the beach! 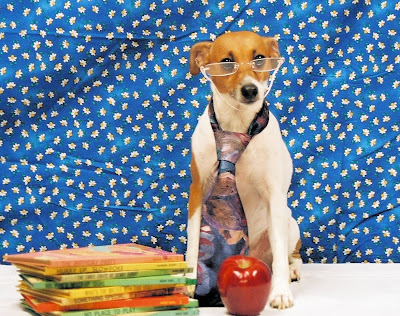 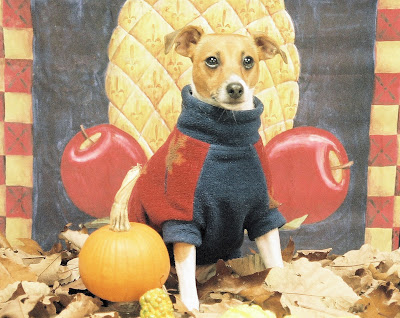 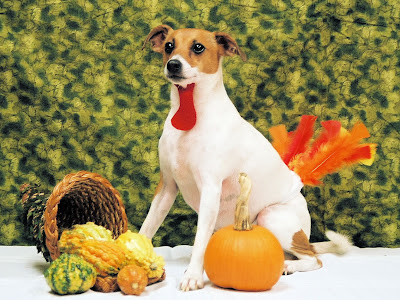 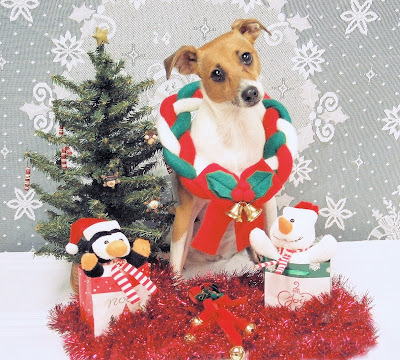 The only photo editing done to these pictures was Cropping, Resizing, and 1 or 2 had to have the reflective eye fixed.  NOTHING was photo-shopped on her, or into the picture.  These were taken on a table in our kitchen!

Getting her picture taken is probably the only time is dog isn't running around like a crazy dog or squeaking a toy!

Hope those gave you a little giggle on this Wednesday!

Oh my GOSH this is the cutest thing EVER.
Actually bought a little tear to my eye, too. So sweet!
Thanks for sharing this with us. :)

LOOOOOVE IT!! If I see one negative comment I'm gonna blow a gasket, lol!!

You can tell she really likes getting her picture taken!! So cute. Can't wait to see the rest of em.

wow - that is REALLY creative and REALLY cute! I should do something like that for my MIL but we have two dogs!

I love these pictures. I adore the story. You made me tear up a little too. :) Thanks for sharing.

I'm so glad everyone is enjoying them so much!
We always had a blast taking them!
And yes Brooke, She LOVES posing! It's hysterical, cause it's the only time she will sit still. She seems the camera pointed at her and just sits perfectly still!
The best past is to me, these are the worst ones!
So I can't wait to show you the other 2 years!
Little hint...the 2007 calendar had a "Macy in the Movies" Theme!

She is sooooo adorable and what a little supermodel!

OMG that is hilarious and oh so cute all at the same time. I love that idea.

Haha those are great! Wonder what she is thinking during all that :P

That is a very sweet story. All you ever hear are how bad MIL's are. It's nice to hear a good story. I adore your calender! I love how she's posed and so serious looking. It's like she knows this was important to do. Can't wait to see the rest of the pictures. Fantastic job! (((hugs)))

Thank you everyone for all the sweet comments!
I just love you guys!

Lucy, can you email me hun...pwrlftrchick at yahoo.com